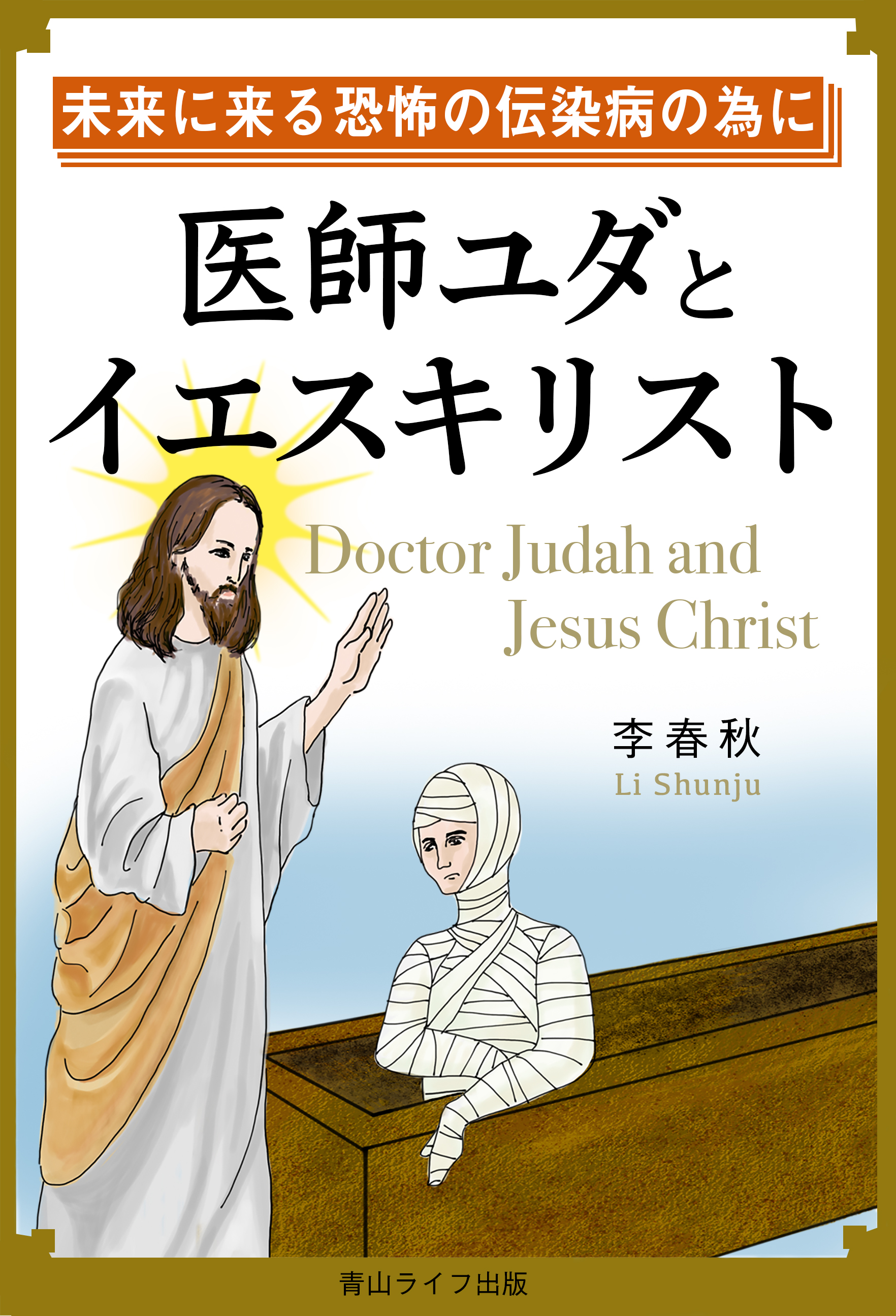 Judas, who has been hated as a traitor in Christianity for more than two thousand years, was actually a doctor. If Jesus Christ is said to be the hero in Christianity, Judas would be the hero behind the scenes, the hero in the background.
He was the one who saved the world from the pandemic of contagious diseases, preached the necessity of Christianity to the world, and spread Christianity all over the world. He was the behind-the-scenes hero who created the greatest religion.

John, the Forerunner of Christianity, is Killed

Two thousand years ago in Jerusalem, the capital of Israel, the medical community was frightened of the new Christian medicine. “Unlike the old dark world, we have developed such wonderful science and medical technology, but now things like witchcraft and sorcery are becoming popular again.” The medical society made the leaders to eradicate Christianity. Jhon the Baptist, the Forerunner of Christianity, whom Jesus Christ had praised that no man greater than him would appear, was killed as follows.
When the lord Herod Antipas heard of the reputation of John and Jesus, he said to his retainers, “That is John the Baptist. He came back to life from the dead. So, there is a mysterious power at work in him to perform miracles.”
In fact, Herod had captured John and put him in prison. This was because John had told him that he was not allowed by the law to marry Herodias, the wife of his brother Philip. Still, Herod was afraid of John because people were thinking that he was a prophet with special abilities.
On the birthday of the lord Herod Antipas, a banquet was held, inviting the high officials, officers, and influential people of the town. Herodias’ daughter Salome came in the room and danced in front of everyone. Although she was still a girl, she was strangely mature and twisted her body in an erotic dance, which delighted everyone and pleased Herod.
After the performance, he promised his daughter that he would give her whatever she wished. His daughter Salome excused herself and asked to her mother, “What shall I wish?” Her mother and the men with power of the town looked at each other and she said, “The head of John the Baptist.”
The daughter came back and said, “Please give me the head of John the Baptist on a tray, right now here.” The guests looked at each other, held their breath and waited to see what the king would say. The king was distressed, but he had already promised, and he were worried about how the guests would think about him. Therefore, He sent his guards to behead John in the prison.
The bloody head was carried on a large tray and given to the girl. She brought it to her mother. Then John’s disciples came, took the body, and buried it. They reported that to Jesus Christ.

At the medical conference, the triumphant executive director said, “I’m better at pleasing women on the bed than at medicine,” as if he had asked Herodias, King Herod’s wife, to take John’s head, which made everyone there laugh. Then he said, “The growth of the great science and medical technology would cure many diseases, and by the time we will die, there would be no disease in the world. The spells and witchcraft of Christianity, which has started to become popular in such a time, must be eliminated from this world. The Christian remnants still exist. However, since we have spies from our association, they will be eradicated sooner or later. So, everyone, please do not worry and focus on the medical care in your region.” Having listened to his word, every person there gave him a round of applause and the conference was closed.
In the empty hall, only the chairman, vice chairman, executive director, and his spy, Judas, remained. The executive director asked Judas, “How is Christianity?” Judas said, “It seems to have been started by Three Wise Men from the East. The son of Cleopatra, the queen of Egypt, and Caesar of the Roma Empire had been sent into exile to India by Cleopatra. However, he was tricked and killed by the Romans, which might have shocked and let them feel the impermanence of the world. They came from far away, from India to Jerusalem, the entrance to the Roman Empire, seeking the Son of God to spread their teachings.”
Jerusalem, the entrance to the Roman Empire, was the transportation hub between East and West like today’s Suez Canal. Cleopatra’s Alexandria in Egypt used to be a larger city, but after Cleopatra’s prince got killed, it had been destroyed completely by the Romans. Therefore, Jerusalem was the center of east-west transportation at that time, busy and flourished. Buddhism had been born in India five hundred years ago. Islam, like Christianity, was born in the same place, in Jerusalem.
Judas continued, “My father was a doctor, but he was killed in Alexandria. After the city was destroyed by the Romans, people killed each other for food, and even ate people, and some even consulted about eating children, which are said to be the apple in the parents’ eyes. I saw literally the hell in the world. I ran away and have come to Jerusalem. For my mother and family, I must get food and a home to live in. Mr. Vice Chairman has asked me to work as a spy, and I would appreciate the reward.” The executive director asked, “Did you get any useful information?” Judas answered, “Jesus is far superior to the beheaded John. The three doctors from the East said, ‘He is the very Son of God whom the God has been seeking for.’ The beauty of Jesus’ teachings and the cleverness of his words attracted and healed many people. He is still young, but people say that he can even bring the dead back to life.” The executive director and others laughed loudly and said, “What a fraud in this wonderful world of science. There will never exist any medicine that can bring the dead back to life. It’s more like a magic trick to attract people. What a bunch of nonsense! First, what is “Son of God”? That sounds ridiculous.”
Judas said, “People with special abilities are called Son of God.” “Go gather more information, and we’ll give you a reward.”, The executive director said, and he went away with the chairman.
Judas, who remained behind, said to the vice president, “I have worked as a spy to research Eastern medicine. It might be similar to witchcraft and sorcery as the executive director said, but it is different. Rather, it might be better than modern medicine. I get money from spying, so I’m not in the position to say this, but the current medicine inevitably becomes a medicine for the powerful and rich. However, Christianity cured many poor and sick people by using free plants and flowers, and cured diseases by emitting aura from their hands. They call this witchcraft and sorcery, but I saw its power to heal the blind and the dying patients that even the modern medicine could not cure. I couldn’t really say this in front of the executive director, but I did indeed see a dead person being brought back to life. I’m a doctor, so I’m sure of it. Does it sound unscientific?”